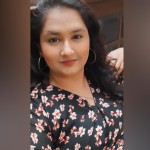 What Is Green Tea?

When we talk about health in all-time beverages then green tea is one of the most healthy drinks. Green tea is the world’s most famous drink full of nutrients and antioxidants, but what is it? What do we know about it? Also, lets talk about some health benefits of drinking green tea.

What Are Benefits of Drinking Green Tea?

Green tea has a very high percentage of antioxidants in it. It helps in the reduction of stress caused due to reduction in oxidants by curing damaged cells with molecules and free radicals. These cells are also related to ageing and several diseases.

The major part of tea is polyphenol antioxidants also called catechins, after catechin (EGCG) epigallocatechin gallate is also found in abundance and has a lot of health benefits.

It decreases the activity of heavy metals in the body like iron and copper, these heavy metals cause damage to brain cells.

Many studies have shown that drinking green tea daily increases the health of neurons.

Damaged neurons cause Dementia. So indirectly daily use of green helps reduce the risk of Dementia.

Multiple research has shown that having green tea every morning lowers the cholesterol level in the body. Besides that, it regulates the oxygen level in blood and its density makes blood quality better. Internal clotting of blood reduces and the flow of blood in the blood becomes normal. All these factors in results reduce the chances of a heart attack.

Reduce The Risk Of Cancer

Cancer is one of the largest causes of death all over the world. In much research, it has been seen that oxidative damage increases the chances of chronic inflammation and this leads to many chronic diseases such as cancer.

Oxidative damage can be reduced by consuming antioxidants in large amounts, and green tea is a big source of antioxidants.

Studies have shown that drinking this beverage reduces the risk of Breast Cancer by 20%-30%, Prostate Cancer and Colorectal Cancer by 42%.

In the past few decades, it has been observed that the number of sugar patients is increasing rapidly. In our day-to-day life, the ratio between fast food and sugar is increasing and this leads to an increase in sugar levels in the blood, this high sugar blood is unable to process insulin or produce insulin. This inability causes type 2 diabetes.

Some scientific studies have shown that drinking Green Tea helps in controlling the sugar level of type 2 diabetes patients. A Japanese study found that those who consume this beverage on a daily basis have a 42% chance of having Type 2 Diabetes.

Mehak Gulati is a digital marketer, freelance content writer and blogger. She loves to create content online and help people with valuable information through her blogs. She is a big fan of music, art, nature.

Typsy Town is a blog created to present my thoughts on a variety of topics like health, fitness, fashion, food, beauty, technology, marketing and more.